How Do I Wash My House? 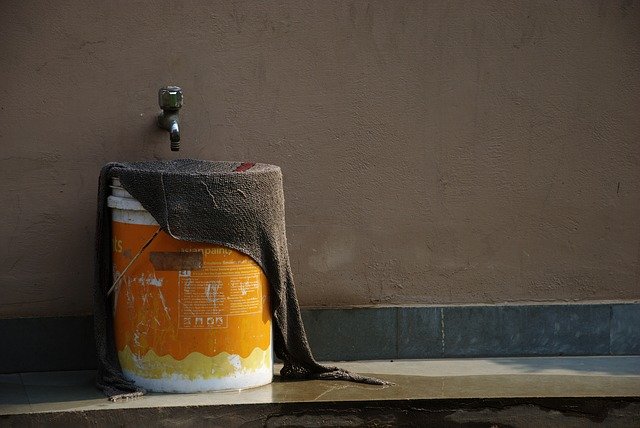 A Short Story About Jack, the Homeowner

Jack’s house is his pride and joy. And then Jack looks up one day and notices that there are black spots, green mold and dirt on the siding and his roof is streaked with black.

A Man and His  Power Washer

Jack has no fear, though! He owns a power washer and he’s not afraid to use it.

But first things first…a trip to the local Big Box Store to see what kind of product Jack can buy that will get rid of all that stuff on his siding and roof. “Mold Armor!” he says! “This looks simple. Just hook up the spray bottle to my garden hose and spray my house. I don’t even NEED my power washer!” So he plunks down his cash, hops back in the car and happily drives home.

When Jack gets home, he hooks up the bottle and begins to spray. “This is easy,” he thinks! Until he has to get around the entire house. Then lugging a hose around and connecting and disconnecting that bottle becomes less fun. But he’s making progress. He’s sprayed a good chunk of the first story and then…the bottle runs dry.

So he hops back in his car and heads to the Big Box store to buy more.

More dollars, more time and a bottle later, he looks with pride at his house. One story is finished, and he’s ready to begin the second story with the third bottle he wisely purchased on his last run to the store. But first, the ladder!

How Many Rungs Can You Climb in A Day?

Ta da! He’s done! Until he looks at the gutters and fascia and realizes that they look terrible now that the house is looking a little bit better.  It takes a few minutes because he’s tired, but he manages to climb back up the ladder and shoot the fascia and gutters with the leftover cleaner for the siding. Nothing happens. He tries again. Still no change. He reads the bottle and realizes that the cleaner doesn’t work on fascia and siding. From atop his perch he can see his car. It’s calling him to go back to the Big Box store for fascia and gutter cleaner.

He sighs and then his eyes  wander from the car to the concrete driveway. And suddenly he realizes that his driveway has black streaks too!

“Forget about the cleaners!” he growls. “I’ll just blast this stuff away.”  So he goes back to the garage and unearths the power washer that’s lurking behind his lawn mower. He’s feeling powerful! With all that pressure, those black streaks, mold and dirt don’t stand a chance.

He stands back from the house and aims the power washer squarely at the gutter right above the garage door…and proceeds to blow it loose. “Well, never mind,” he thinks. “Jane won’t notice.”

Making Progress 4 Inches at a Time

Not ready to give up the power of the pressure washer, he turns his attention to something that’s a little bit more sturdy – his concrete driveway. With confidence he sweeps the gun across the top of the driveway and sees with satisfaction that it is working like a charm! In five minutes, he has successfully cleaned a four-inch swath of concrete that spans the entire width of his driveway. It will only take him 150 more “swaths” to finish the entire thing.

The sun is setting so he decides to put off the roof cleaning project until tomorrow. The next day, he’s tired from all the ladder up-and-downs, but ready to go. First step…head to the Big Box store to buy “Spray and Forget,” a roof cleaner that promises that the “streaks may be gone in a few months”. Perhaps they named it “Spray and Forget” so that Jack will forget he ever tried to get rid of his black streaks?

Nevertheless, he’s not going to make the same mistake he made with the vinyl siding cleaner. This time he figured out just how much cleaner he needs. His home is average size and his roof is about 2000 square feet so he grabs 3 bottles to do the whole thing. He strides confidently to the check-out line and swipes his credit card. The bill is only $210 for  3 bottles!

When he pulls on to his clean (but admittedly  streaky) driveway, he sees the ladder resting against the house from yesterday.  Did it somehow grow overnight? It seems a lot taller today. He grabs the bottles, starts the climb on sore legs, and sadly realizes that he’s going to have to do this 20 more times. Today he says a silent prayer that he doesn’t  fall off!

Then Jack glances over at his neighbor and sees the Curb Appeal truck in their driveway. Their pros arrived this morning and their driveway, siding and roof already look great.

We guarantee your roof will be streak free for 3 years. You won’t have jelly legs from scaling a ladder. Your gutters (and window seals and siding) will stay intact. Your concrete driveway will be clean and streak-free. And your weekend will be a lot more enjoyable.